With the prevalence of office leasing by technology and start-up companies and the increase of those same companies running into financial difficulties, landlords have understandably focused on obtaining protection through larger security deposits or guaranties. The marketplace has recently come up with a commercial tenant lease bond to try to address the landlords’ concerns while also providing needed flexibility to tenants.

In today’s newsletter we discuss these lease bonds and provide seven suggestions when acting as sublandlord being asked to accept a lease bond in lieu of a letter of credit or guaranty.

My son Adam’s resume includes under personal interests “movies that are so bad, they are good.”

I can safely say that his high-brow taste for culture came from me and, if he lands his dream job, I will have to take some (full?) credit.

Adam recently took me to see Hobbs and Shaw, volume 97 of the Fast and Furious series. When I asked if I needed to see the earlier episodes to understand what was going on, he gave me the appropriately disdainful look that only your children can muster.

Adam is joined by his brothers, Jordan and Noah, in having a similar taste for the arts, although despite his love for all things Mel Brooks, Jordan would probably prioritize a Mets or Knicks game

What is he thinking and I probably get some (full?) blame for that! 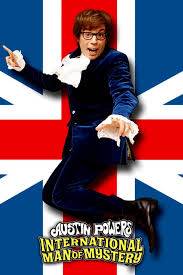 Certainly 007 will never be the same since my progeny introduced me to Austin Powers, the international man of mystery character of comedian Mike Myers, which clearly is so bad it is good.

I was never a huge fan of James Bond although I dutifully see the movies and they are entertaining.

But the overall formula can be, well, formulaic.

When Bond is captured, why do the Bond villains always create an elaborate but excruciatingly slow and roundabout Rube Goldberg method to finish him off, giving him time for the inevitable escape?

And how does Bond always sneak into the villain’s high security evil lair and then single handedly fight off hundreds of evil henchmen?

And must every sociopathic spy lady with no qualms about destroying humankind fall for Bond’s charms (okay, I admit that even my heart goes a bit a flutter for Sean Connery, but I digress).

Austin Powers parodies all of this so wonderfully and there has never been a better villain than Dr. Evil (formerly a Manhattan landlord representative), who even wants his son’s petting zoo to be an “evil petting zoo.”

In “Goldmember”, Nigel Powers (Austin’s “fah-jah” played by Michael Caine) even addresses my henchmen concern when he warns Dr. Evil’s enforcers “Have you any idea how many anonymous henchmen I’ve killed over the years? …You’ve got no chance. Why don’t you just fall down.”

In commercial leasing there is no James Bond but recently we have seen the emergence of commercial tenant lease bonds.

Landlords often require large security deposits and/or guarantees from the many technology and start-up companies in the real estate marketplace. Current problems at companies such as WeWork and Uber will only increase this cautious approach, placing a large financial burden on such tenants.

Much like a surety bond in construction, the lease bond is a contract among a landlord, tenant and a surety company intended to substitute for a security deposit and/or personal or corporate guaranty.

The surety does its due diligence on the tenant and, in exchange for the payment of an up-front premium, the surety agrees that if the tenant defaults under its lease, the landlord may submit a claim against the lease bond to be paid by the surety (although unlike in a construction scenario the surety usually has only a monetary, not performance, obligation).

This monetary obligation is generally in an amount equal to the intended security deposit and it is not believed to be subject to the jurisdiction of bankruptcy courts. Although we have not seen such a lease bond, it could theoretically cover the entire monetary obligation of the tenant and be in effect a guaranty of the lease by the surety.

The advantages for a tenant are that the premium paid to the surety is often less costly than maintaining a letter of credit and this increases the company’s borrowing capacity and allows the freed-up monies to be invested in the company.

Also, unlike a guaranty the lease bond is not treated as a contingent liability on the tenant’s balance sheet (very helpful for a technology company hoping to raise funds with venture capital firms and in the public markets) or worse yet, a personal guaranty affecting company principals.

As a tenant, what’s not to like? A lease bond is certainly an avenue to explore for the reasons stated above.

But when a tenant is in the position of being a sublandlord it may have to pull the brakes, do its best Austin Powers and say “Behave!”

When in the role of a sublandlord, make sure your lease bond is shaken, not stirred, with the following 007 suggestions:

I apologize if I sound cynical about Bond villains but in commercial leasing we run into many criminal masterminds with aspirations of world domination (although I admit that when a landlord sits there petting his or her cat during lease negotiations it is unnerving). Channeling Nigel Powers, I have sometimes asked opposing counsel if they know how many anonymous landlord attorneys I have negotiated with and they tend to give me the same blank look that no doubt comes over you when you read this newsletter. But if you follow the 007 suggestions above, your subtenant’s lease bond will not be an evil lease bond.