Tenant Leasing Illustrated – December 2018 – Who, Who, Who Let the Dog Rider Out?

A recent study in the journal Learning & Behavior made cats and kittens all over the world smile and nod their furry little heads in agreement by suggesting that dogs are trainable, but not “super smart”.

Putting aside her preparation of algorithms, reading of Kant and jotting down witty thoughts in her journal, Casey showed her intellectual bona fides whenever she needed to go out in the middle of the night by coming up to my side of the bed on her hind legs and poking me with her front paws.

She knew a sucker when she saw one. Such a genius!

But our psycho-poo was not exactly user-friendly.

She looked adorable and cuddly (see below) but as with all sociopaths and commercial leases which landlords assure you have been pre-negotiated, looks can be deceiving.

After Casey was off in a better place sinking her teeth into celestial deliverymen, I overheard our grown sons aptly describing their family pet to a horrified dog-loving buddy as a possessed Satanic hound of hell.

Casey had a cute exterior but it hid a twisted alien soul, much like Frank the Pug, the extraterrestrial in doggie disguise from Men in Black (I did once catch Casey in the backyard puffing on a stogie, hmmm).

But Casey’s tendency to growl first and ask questions later almost cost her.

As a teeth-baring young pup, we were forced to consider giving Casey away before she went doggie postal on an innocent child. Lucky for her, our then 11 year old son Jordan went all Perry Mason and pleaded in Casey’s defense, the result being that we brought in local legend and uber-trainer Mr. Chang.

All Mr. Chang had to do was walk in the house and Casey would immediately drop down to a submissive position on the floor and pee.

Frankly, Mr. Chang was so intimidating that when he came in the house even I would drop down to a submissive position and pee. In fact, just thinking about Mr. Chang, er, excuse me…

Eventually, with Mr. Chang’s help, Casey went on to live a happy snarling life, wildly in love with my wife Robin and moderately tolerating the rest of our family and humankind.

In another life, she would have made a fine landlord.

In today’s world, many want their tenant’s best friend beside them at the workplace, be it canine, feline or otherwise. The ability to bring pets to the workplace has become a priority amenity in some industries, all part of attracting young workers, particularly in the techie world, along with foosball, ping pong and unlimited beer (maybe we should have given Casey unlimited beer).

For the first time, we are seeing “doggie” lease clauses and riders as tenants negotiate for the right to bring their pets to work.

It is understandable that landlords would look to regulate pet behavior and avoid getting bitten by having a Casey terrorizing other tenants in their building.

Much of what is included in these clauses and riders is common sense and fairly reasonable but, as with anything dreamed up by landlords, these requirements can be overly constraining and greatly restrict a negotiated right and large selling point to employees (or in the case of office suite businesses, to client-members).

Make sure your pet rider is paw-fect by following these eight suggestions:

Notwithstanding her fiendish disposition, Casey was well loved and all three of our now grown sons have expressed interest in having a dog of their own someday. As Groucho Marx reputedly once said, “A lease (ahem, book) is man’s best friend outside of a dog. Inside of a dog, it’s too dark to read.” Follow the eight suggestions above, and your doggie-pet lease provisions will be best in show. 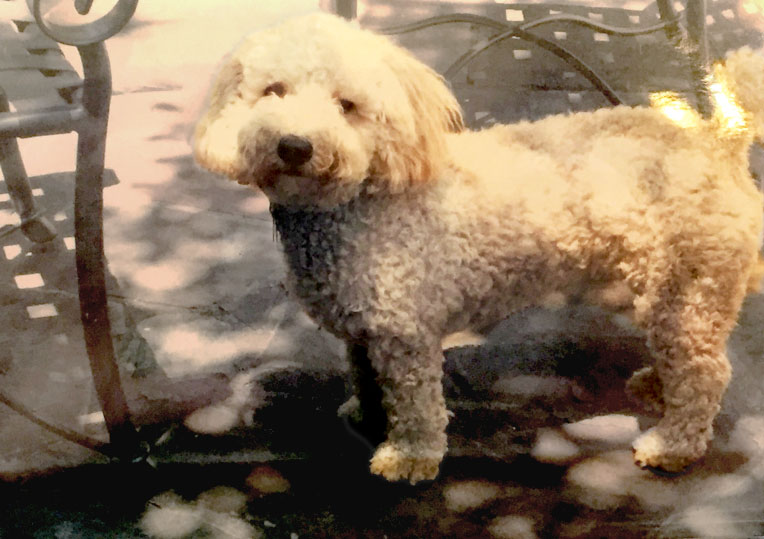